My Purpose in Pageantry: 5 Questions with Beauty Queen and Community Servant Jeniece Fleming 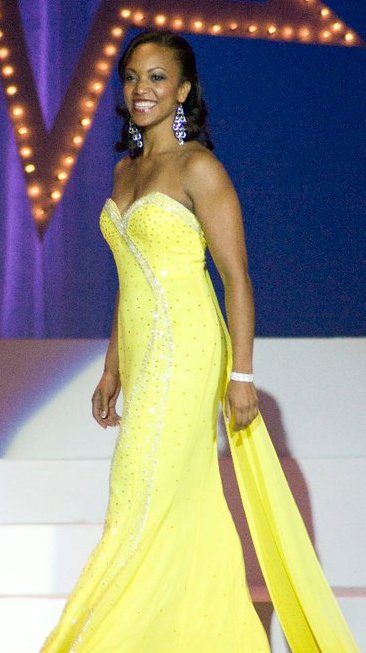 Growing up, Jeniece Fleming never imagined herself as a pageant girl. She was a tomboy from a big family who loved football. She was a self-proclaimed nerd who could most easily be found with her nose in a book. She never worried about the latest hairstyle or the most popular make-up brand. But she did have one essential trait that was very much in line with the desires of other beauty queens: she loved her community and wanted to serve it however possible. Combining her natural vocal ability and big heart, Jeniece found a fit in pageantry, taking on a more public role to help her service efforts. To kick off 2013, 5 Questions was able to grab some time with Jeniece to understand the unique purpose in her pageantry.

1) Do you consider yourself a pageant girl?
Yes, (I consider myself a pageant girl) now that I know what a pageant girl is. At first I tried to separate myself from the other “pageant girls” because I thought they were self-centered, attention-hungry women who had no real aspirations except for being a beauty queen. Growing up as a brainy tomboy, I was nervous about the “pageant girl” label. Now that I know that most of the women are using pageantry to promote positive change in the community, I embrace the term.
Contrary to popular belief, most pageant girls would prefer to NOT be in makeup or to walk on stage in a bikini. You can find these polished women running non-profits, impacting the lives of students, raising money for important foundations or causes, earning higher level degrees, and serving the public as elected officials. Often I am asked to explain my choice for competing because of the stereotypes associated with pageantry. It is true; most people have a limited understanding of the life of a pageant girl. Those of us who know the term well embrace it. 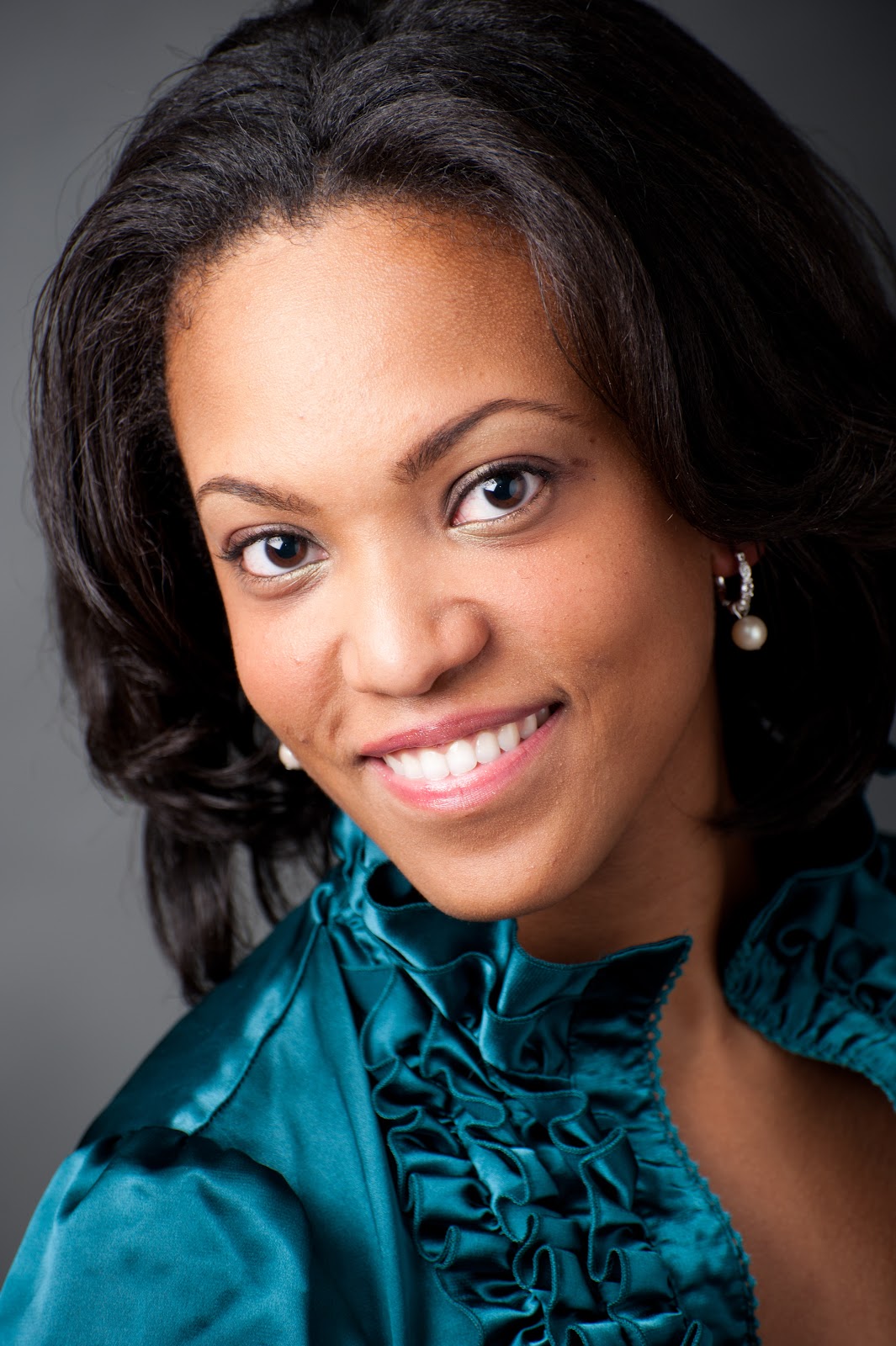 2) What sparked your interest in pageants and how did you break into the industry?
One of my favorite cousins asked me, “Why are you doing this? What happened to you? Now you’re competing in pageants?” I laughed. Yes, I competed in pageants for many reasons.
In 2004, I was crowned Miss Circle City Classic. This was a complete surprise as I would have been satisfied with making the Top Ten. This competition is not a pageant, but a coronation for high school girls in Indiana. Miss Circle City Classic is judged by poise, workshop participation, academics, leadership, a current event essay, and an answer to a Top Ten question.
In college, the men of Alpha Phi Alpha Fraternity, Inc. heard about my being Miss Circle City Classic and encouraged me to compete in their Miss Black and Gold Pageant. Though I was more than nervous as this was my first “pageant,” I did well. I did not win, but this event led to the next domino.
My sorority sister and pledge daughter heard about my experiences with the Miss Black and Gold Pageant and persuaded me to try out the Miss America system. She was from Virginia, and told me about a great competitor there named Caressa Cameron. Caressa had persevered in the Miss Virginia system, but had never won the title. I repeatedly told her no. Later, after learning about the wonderful things titleholders do in the community, I agreed to do it. I placed 1st runner -up at my first competition, which was Miss Southern Illinois (despite being from Indianapolis and attending school at Northwestern University, which is north of Chicago). I won my next competition, which qualified me for Miss Illinois.
Two months after I won a local pageant, the first ever Miss America from my home state of Indiana was crowned. 🙂 I had Katie Stam picked from the beginning (and so did a very helpful Northwestern staff member who was a former first runner- up to Miss North Dakota).
The next January I traveled to Katie Stam’s hometown of Seymour, IN to see the new Miss America 2010. It was no surprise to me that the Virginia competitor my sorority sister had mentioned took the crown next year.
3) What was the best piece of advice someone ever gave you, and what advice do you have for any girls getting into pageantry? 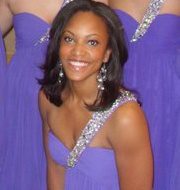 “Do not think too deeply about what the judges want to see or what type of answer they want to hear. Just be yourself.” Sounds simple, but my best interviews and wardrobe choices came when I wanted to present the best me. Who you are breathes out of you. Trying to hide or cover you up with a false identity is pointless. There is no reason to try to be anything other than the person God created. Judges most often aren’t looking for a particular fit. They are looking for a polished woman that is passionate about something and comfortable in her own skin. Another piece of advice: walk into the interview and on stage as though you already are the titleholder, not as if you are a contestant vying for the title.
4) What are the best ways to promote yourself heading to a competition?
When I was shy about my decision to compete, I did not receive much support. The best thing you can do is to be bold and proud of your decision. That confidence will cause others to believe in you and to support your goals as a contestant.
Secondly, know why you are competing. When things are not going your way or when your competition seems better prepared or when things are going so well that your ego begins to grow – know why you are competing. It will humble you or build you up when you need it. If your purpose is to raise awareness about a specific disease, keep it that way. Do not make the journey about you or fame or anything else.
It’s not as easy as it may seem. My goal was about finding ways to impact young ladies, especially those who are considered under-served. Through my platform “Unity Starts with YOU,” I wanted them to learn to love and appreciate themselves and to also learn how to have respect for others.

Have a couple of trustworthy and connected friends on your team to help you organize and market yourself if you can. Preparing for a pageant can be quite time consuming. Find out what system works best for you and your network. For some it is Facebook, Twitter, etc. For others, you may be connected to certain corporations or organizations in your community that would be willing to sponsor you.
5) What has been the most creative way that you have financed pageant expenses? 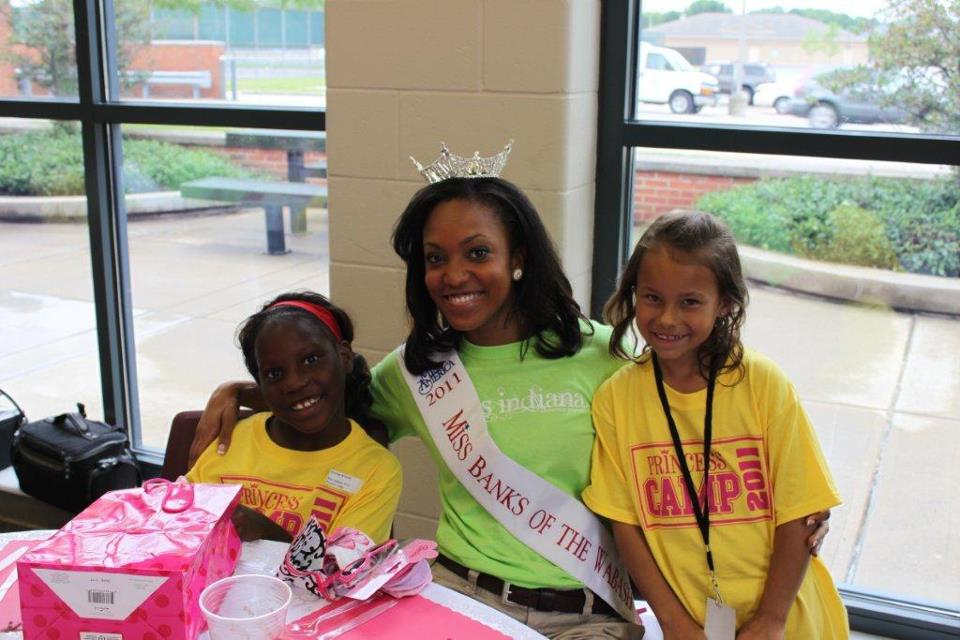 Writing sponsorship letters proved to be the best way for me to raise money. In my letter, I was able to clearly articulate my accomplishments, the reasons I was competing, and the list of specific costs I needed help financing. In that list I included wardrobe, accessories, vocal lessons, program ads, etc. Sponsors were able to choose how they wanted their money spent. Along with the letter, I attached pictures and descriptions of some of the outreach I had done as a titleholder. That gave potential sponsors, especially those hesitant about supporting a pageant, a glimpse of what I was really about accomplishing.