1) What sparked your interest in pageants and how did you break into the industry?

A close friend of mine was Miss Black Virginia 2010.  Her reign allowed me to view pageantry in a different light. I could see that the majority of the titleholders were more then just that. I could see that they were community activists striving for excellence onstage and in their professional lives.
2) So we hear that you are in law school and you just competed for Miss Washington USA! Wow! How much longer do you have until graduation and how do manage a busy life with your pageant preparation?

Yes, I am currently finishing up my last year in law school and will graduate in May. It’s simple: when you want something bad enough, you make it happen. It was my goal this year to compete in another pageant, and it (Miss Washington USA) just so happened to fall right before my law school finials. I was able to handle it by managing my time down to the minute to guarantee that I was keeping up with my studies but also giving time to my pageant prep.
3) What was the best piece of advice someone gave you?
“It’s ok to lose.”
4)What advice do you have for any girls getting into pageantry?
I’m very competitive by nature, so not placing or winning can be an extreme blow. But, I’ve realized that as long as you give it 100% that’s all the matters. That would be my advice: always give it your all.
5) What was your best Halloween costume and what will you be this year?
I’ve actually never dressed up for Halloween, and this year will be the first.  I plan to be a ballerina 🙂 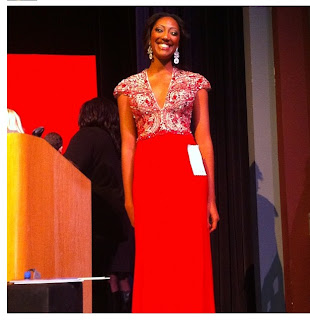