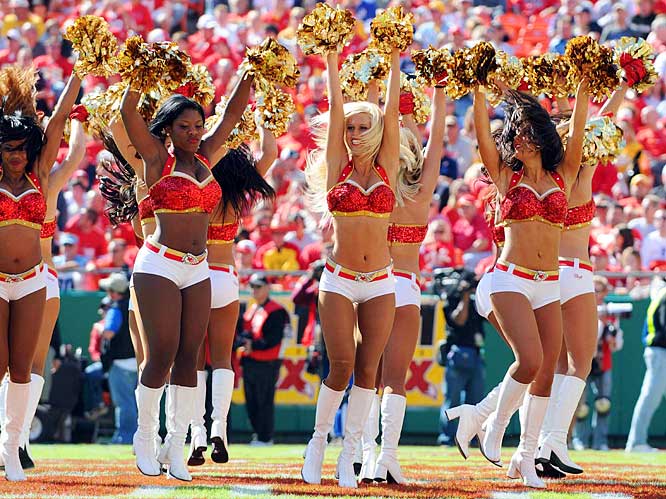 Professional cheerleading is just pageantry with pom poms. Or, maybe it’s a sorority with pom poms (but that’s another blog). If you really think about it, the connection is obvious: you’ll need big hair, big bling, a fit body, and a desire for flare and showmanship to do well at either. There is a reason why many beauty queens have also been professional cheerleaders.

Being a captain and assistant to my coach for the Chicago Mustang Dancers, I tend to get  questions at, about, or around the concept of professional cheerleading. And you know what, I’m happy to answer for a nominal fee. Yesterday, a new question landed in my Facebook inbox: “Hey Imani, a friend of mine is trying out for a pro dance team in a few weeks. This will be her second time trying out and she really wants to make it. What should she do?”

Well, there’s alot that goes into auditioning for a semi-pro, pro, or arena cheer team. The first part is knowing the culture and the market of the team. The culture of the Miami Heat dancers, for example, is going to be very different from that of the Knicks dancers.

And actually, be ready for the culture of pro cheer in general. This may be called cheerleading, but it’s really jazz, jazz funk, hip hop, etc… dancing. By all means, put the fact that you tumble on your resume as a special talent and do so if they ask you to, but it’s not at all required. Leave the toe-touches at home.

Many dance teams have their own style of movement and technique as well, so you’ll want to research via Youtube their dance routines so that you are fluent in it by audition day. Many dance teams require that you freestyle or that you come prepared with a routine, and having a routine or movements that micmic the team’s style is definitely a plus.

Being well versed in the culutre and market also goes beyond the dancing. It’s knowing the basic team rosters, scheduling, and historical facts as well. Many auditions require a speaking component or an interview. You don’t want to be that girl who doesn’t know who the coach of the team is! You will get a MASSIVE side-eye!

Also, be aware of the NBA cheer vs. the NFL cheer culture of the team you are trying out for. They’re not the same and it’s different in every city. Some teams are also more conservative than others, while some are more flashy.This should be expressed in your choice of costuming.